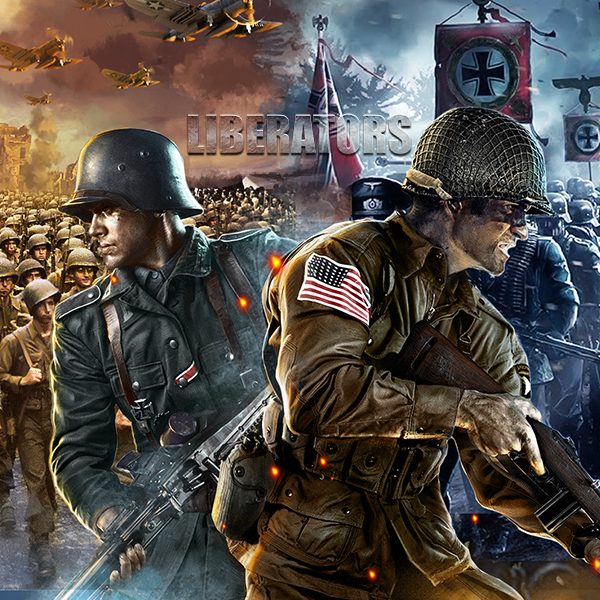 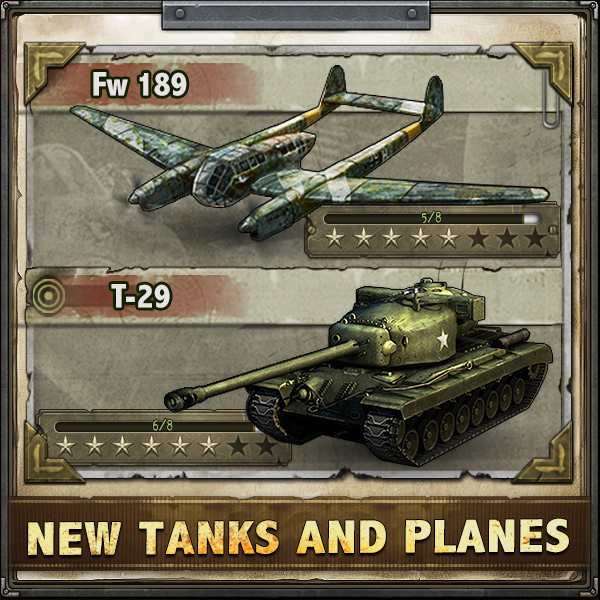 In Liberators, marching out into the battlefield alongside the highest technology tanks and planes is ensures your soldiers are in fit fighting shape!  Fighting vehicles not only give your troops mighty stat increases, they also boast unique skills that might just give you the killing edge over your opponent!

The T-54 was the main Soviet series of tanks produced during World War II, and has since developed into the most produced tank in history.  In Liberators, deploying a T-54 with a Commander activates the skill Fury, which will allow them to sacrifice a small percentage of their HP for a powerful increase to ATK!

Although it was only partially completed during World War II, Nazi Germany’s E-100 is a force to be reckoned with.  Deploy it to use the skill Regroup.  Regroup activates once the deploying Commander falls – your other units recover a percentage of HP equal from the fallen Commander!

America’s T-29 came along in 1944 intending to counter German heavy tanks.  The T-29 has a powerful skill with an explosive effect – Desperation.  As soon as the deploying Commander falls, a percentage of their HP is dealt as damage to all surrounding enemies!

Finally, the Fw 189 is the hottest new plane in Air Supremacy!  This German twin-engine, twin-boom eclipsed the sun from 1938-1945. If you can get your hands on these rare Wreck parts, you’ll gain access to Fw 189’s special ability – Firststrike!  Firststrike increases speed for all of your units by 10% and increases the ATK of your first strike by 20%

Nowhere else can you find some of the best action that online free games have to offer! Talent, passion, and history combine here to create one of the most engaging strategy war games on the web! Put your skills to the test today!